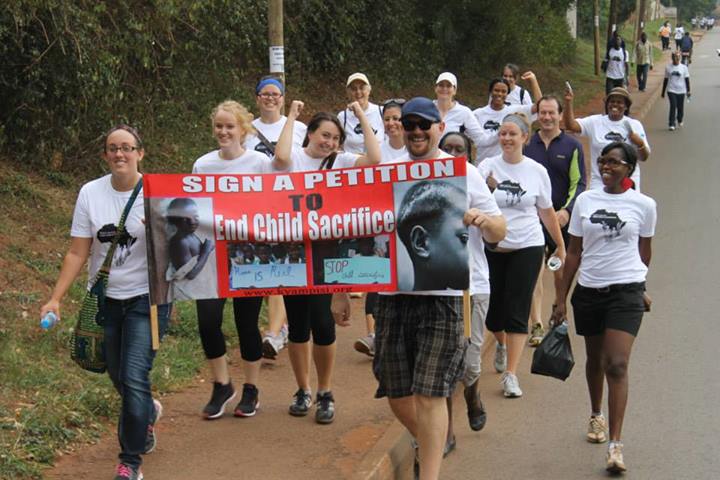 I knew people were starving.

I knew children were being forced to kill their families and become soldiers.

I knew AIDS and malaria were taking the lives of thousands and thousands of people.

I knew witchdoctors were destroying the lives and souls of the people of this beautiful continent.

What I didn’t know was that children were being sacrificed. How did I not know?

I feel like I’m pretty current on the tragedies that claim so many victims here in Uganda, but I had absolutely no idea that children, innocent and blameless children, were being sacrificed by their own communities and sometimes, their own families.

Today, some of my co-workers and I participated in a 10K to raise money and 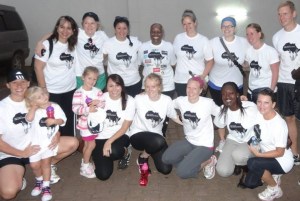 awareness for Rose’s Journey. We even got to meet Rose, who once walked more than 50K to escape her family, a family that was active in witchcraft.

People in America don’t understand how active witchcraft is in Africa, or how dangerous it really is. It seems like worlds away when you’re in the US. It seems like something that just can’t be real, but it is real, and it’s claiming the lives of children.

One of my friends works with another organization that rescues children who are victims of witchdoctors. She told me about one little girl who was found on the brink of death in the middle of a field. A witchdoctor had cut her tongue off and she was left for dead.

Rose told us more about child sacrifice this morning before the 10K. She told us about the witchdoctors and the things they promise people who “believe.” Want to make more money? A witchdoctor might request a child sacrifice. It might be your own child, it might be someone else’s. The rest of the ritual usually involves drinking the blood of the sacrificed child or eating parts of certain organs. The results are supposed to be wealth and good health for the person who partakes.

In one national magazine, an interview with a witchdoctor revealed that they often don’t even kill the child before removing their organs for sacrifice. Instead, the children die after the extraction.

The article also revealed that members of high society sometimes use witchdoctors to get what they want. One witchdoctor said a female member of parliament came to him because she wanted to keep her seat, and in order to do so, he requested a child sacrifice and she agreed. 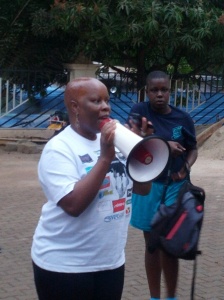 Doesn’t this all sound so unreal? Can you even believe this happens today? It makes me sick to think that the Ugandan government isn’t doing anything to stop it. There’s little the government can do against witchcraft, but you would think something could be done to stop the slaughtering of innocent children.

I know these children being sacrificed are so far away from most of you. But things like this take on an entire new meaning when it’s happening just down the road. Someone’s son, daughter, niece, nephew, brother, sister, is being sacrificed. Does it really matter how far away it is? The fact is, it’s happening.

I feel so incredibly blessed to have met Rose today and to walk for her wonderful cause. I hope to learn more about Kyampisi Childcare Ministries and what can be done to help these families who have either lost children to sacrifice or have children who need medical help after a near-sacrifice. Sometimes causes jump out at you and grab your heart so tightly that you just have to get involved.

Please join me in praying for these families and for the future of the children of Uganda.

“Jesus said, “Let the little children come to me, and do not hinder them, for the kingdom of heaven belongs to such as these.””
Matthew 19:14

2 thoughts on “The tragedy you don’t even know about…”