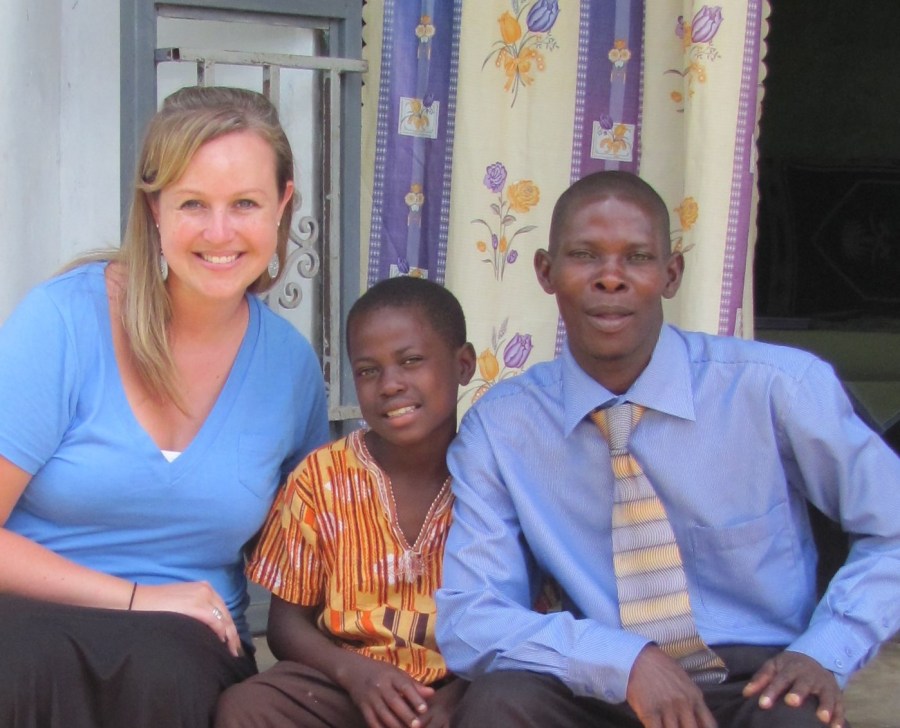 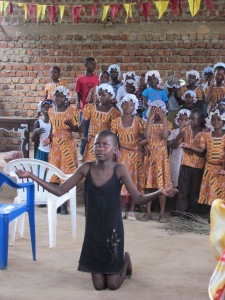 “That’s Allan back beside Collins,” Mandy whispered in my ear this morning at a village church in Kyampisi.

I turned around and saw a nine-year-old boy talking to Collins. I immediately noticed the scar that extended from the back of his head and around the side. I began to tear up. That was Allan, the little boy who survived child sacrifice.

I’ll admit. Today was going to be rough for me. It’s the regular season opener for the Indianapolis Colts. Sundays in the US mean church, lunch, and football all afternoon. For me, here in Uganda, that’s just not possible. But instead, I found myself in Kyampisi with some of Ugandan’s most beautiful children. And there’s honestly nowhere else I’d rather have been.

The church wasn’t very big. Some were dressed in their Sunday best, while others clearly wore whatever they could find that day. Before we even sat down, a little girl grabbed my hand and walked with me to my seat. I asked her what her name was, but she didn’t speak English. That’s OK. All she needed to read was the smile on my face, and I’m hoping that showed her some love.

After church, some of our friends showed us around Kyampisi. We saw homes they were building for families who have been victims of child sacrifice, and we even got to see a house my friend Mandy did some fundraising for.

It was strange to be in Kyampisi. I have watched a few documentaries about child sacrifice in Uganda, and apparently Kyampisi is one of the biggest and worst areas for it. I’ve heard about it and read about it, but now I was finally seeing it. Kyampisi is crawling with witch doctors who are quick to tell someone, “Bring me a child sacrifice, and you will have wealth and prosperity.”

That’s what happened to Allan. He was playing with a friend one day when he was abducted. They not only castrated him, but they also took a machete to his head and neck. They cut out a part of his skull for the sacrifice. It’s literally a miracle that Allan survived.

Allan knows who did it. Everyone knows. But the man was released from police custody because of lack of evidence. This is common with child sacrifice. And that’s why it continues.

I got to meet Allan today. I got to meet his father. We went to their village home and sat in their living room. Allan was given medical treatment in Australia, and he had a photo album filled with pictures from his trip there. Allan was excited and full of life, the only sign of his tragic experience was the giant scar on his head. We also know that inside Allan is very fearful, but on the outside, he’s just a kid like any other.

Allan‘s survival was a miracle. His best friend George, who was also castrated for child sacrifice, was also a miracle. Most kids’ stories end in death. 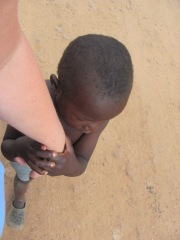 It was emotional to be there. Every little hand that grabbed mine (there were lots!) made me shiver as I wondered if they would be victims of child sacrifice someday. It breaks my heart to know that anyone has so much evil in them that they would kill innocent children. Not just kill them, but mutilate them, decapitate them, and then eat their organs or drink their blood. To me, humans just aren’t capable of that. Only monsters.

I hope to get more involved with Kyampisi Childcare Ministries. I hope that there’s love and hope we can bring to the families who have lost children to child sacrifice, and that there are things we can do to keep the children safe. No one, not children or their parents, should have to live in such atrocious fear.

Please pray for Kyampisi and those who work there daily to be a light for God in such a dark area of Uganda.