She was so perfect.

When I was in high school, there was a girl at a rival high school who lived the perfect life. She was beautiful, smart, athletic, and she never, ever did anything wrong. Guys loved her innocent charm, but it made me sick.

Years ago we reconnected on Facebook. I never DISliked her. It was impossible to do that. She was a total sweetheart.

And it was almost a year ago on Facebook that she shared a blog post she wrote. It was about the traumatic sexual abuse she went through as an adolescent. I bawled as I read the entire thing. All I could think about were my awful words that I always said to myself about her. “Her life is perfect. It’s easy for her to be a good Christian because her life is perfect.” 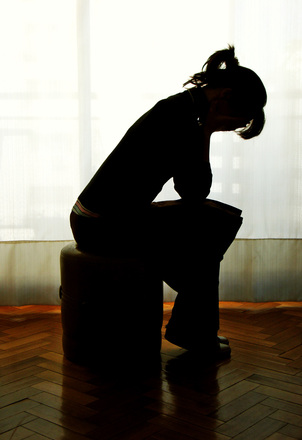 Little did I know that she had been through such an atrocious experience, over and over again, for years, and that it tore her up inside even into adulthood.

I wrote to her in a private message on Facebook and came clean. Although she never knew the thoughts I had about her, I told her. And I told her I was sorry and asked for her forgiveness, which she lovingly gave me.

Over the past couple of years, I’ve changed dramatically in so many ways. I’m confident in my faith and my walk with the Lord, and my priorities have majorly shifted. After reading her blog post and then our conversation on Facebook, I thought to myself- how many people look at me, and my walk with Christ, and think it’s just so easy for me? How many people think, “Natalie’s life is so perfect. She’s never even been through anything. That’s why it’s so easy for her to be a ‘good Christian.'”

I decided then and there that my own blog post had to be written. That was in January of 2015. As you can see, it’s taken me almost an entire year to muster up the courage to actually write it.

In December I attended the YWCA “Circle of Women Luncheon” here in Fort Wayne, Ind., and the featured speaker was a victim of domestic violence. I felt the Holy Spirit nudging me once again saying, “You have to tell your story.”

In 2009 I was dating a guy I should have never been dating. We’ll call him “Patrick.” I had always kind of been into “bad boys,” but this one was far and beyond any sort of “bad” I had known before.

He had made a lot of mistakes in the past, and who was I to judge Patrick, who was ten years older than me, for what he had done in the past? Besides, he had a fabulous support system. I loved Patrick’s family so much, and they loved me. However, what they failed to mention was Patrick’s violent past. I would later find out that they never said anything because they believed he had changed, especially for a good girl like me.

Patrick was sweet. He said he loved me. He was gentle. He loved God. He made me laugh. He made me smile. Except when he drank.

We had been together for a few months when we went to Indianapolis for the weekend with some of his family. At that time I was getting tired of his drunken antics, but I was hanging in there. I felt like he needed me, so I stayed around.

I don’t want to go into too much detail, as it’s pretty tough to recall what happened that night in our hotel room. But I will say this: Patrick was inebriated, I was pulled to the ground by my hair, he had his arm wrapped around my neck and said over and over again, “Do you have any idea how easy it would be for me to snap your neck right now?” He also, while he had me pinned down, dug his knuckles into my back. I was covered in bruises.

Nothing happened to cause his violent behavior other than him being drunk. I hadn’t done anything. I was actually asleep when he came into the hotel room after drinking at the bars. It was the first time I realized that domestic violence really can happen at no fault of the victim whatsoever. I was sleeping when he attacked me. There were even other people across the room, sleeping.

When someone finally woke up and told him to stop, I escaped his grip, ran to the bathroom and locked myself inside. Naturally, he woke up the next morning not having a clue what had happened. He had his sister get me out of the bathroom. I wouldn’t make eye contact with Patrick as I left the room.

I decided that I didn’t even need to be in the same vehicle as him for our two-hour drive back to Fort Wayne, so I had my cousin pick me up and take me home. The next day I changed my phone number. My parents were out of town, and had no clue what I had just gone through, so I went and stayed at their place for about a week.

I never spoke to Patrick again.

I’ve never even seen Patrick again, with the exception of his mug shot on the cover of the local newspaper. Literally, on the one-year anniversary of the most horrifying night of my life, Patrick was arrested for trying to kill the girl he got with after me. She was so badly beaten that she was in the hospital. According to the article, he had even told her where he was going to bury her body after he killed her. I didn’t doubt for one moment that he had said that.

Reading the newspaper that day was almost just as traumatizing as what I’d been through a year earlier. What if that had been me? What if he had killed her? The “what if” game I played with myself made me sick, and it messed with my mind for a long time. I felt terrible about myself for ever being with someone who was capable of such awful things.

I ended up going to therapy for awhile, where my therapist helped show me how strong I was to walk away when I did. She said many women would have stuck around and continue to be abused year after year because they are afraid to leave.

Patrick is nearing the end of his five-year sentence in prison (not near long enough if you ask me). To think that this monster will be released into the public again is something I try not to think about. I don’t worry that he’ll come after me, but I do fear he’ll hurt the next woman he’s with.

I forgave Patrick in my heart. I did that a long time ago for myself, not him. I rarely think of him at all, unless the issue of domestic violence comes up.

If it ever appears that my life has been perfect and that that’s why it’s so easy for me to love the Lord, know that I haven’t lived a squeaky-clean, perfect life. I’ve been through plenty of other trying times, and although for only one night, I’ve been a victim of domestic violence.

The next time you see someone and think, “His/Her life is perfect,” remember that it’s not. There may be deep dark secrets that you can’t even imagine. This is why we love people, no matter what.

So thank you, to the woman I mentioned earlier who had the courage to share her story, proving to me that none of us have walked this earth without pain and suffering.

“God never allows pain without a purpose in the lives of His children. He never allows Satan, nor circumstances, nor any ill-intending person to afflict us unless He uses that affliction for our good. God never wastes pain. He always causes it to work together for our ultimate good, the good of conforming us more to the likeness of His Son.”
Jerry Bridges

6 thoughts on “What you don’t know changes everything”

Can’t believe it’s been 11 years since my first trip to Africa, this particular trip to Niger. An experience I’ll never forget! #tbt #niger #africa #safari #giraffe
Hair was getting brassy so I went to see @meganvdoeshair for some lowlights! ❤️ She’s the best! . . . #lowlights #adayawaysalonandspa #adayawaysalon #newhair #smile
Trying to make my bedroom more serene, a nice atmosphere for sleep. 🌛🛏 Goodnight everyone! Wishing you sweet dreams... 💤 . . #myroom #mybedroom #goodnight #sleeptight #nightstand #ikea
Probably one of the coolest parts of my job is being the editor and creative director for our bi-annual magazine, Canterbury Today. I also wrote some articles for it! So exciting to receive my copy in the mail, to see my byline again, and all the beautiful photos in print that @photographybymegmiller took! Special thanks to @jmo929 for her guidance my first time through! #canterburytoday #canterburyschool #lovemyjob #magazine #nameinprint #byline #rockfreakinsolid
Sometimes I just can’t handle how adorable and photogenic he is! . . . #mrglittersparkles #cat #catlife #rescuecat #adoptdontshop
I usually arrive at work at least an hour early. For one, to get started on things, and two, to beat the carpool chaos! But today, after two weeks off, I’m moving kind of slow! The break was amazing, from Florida to spending lots of time with Noel and Mister (even though I was fighting sinus issues the entire time)! Here’s to an amazing 2020! . . . #monday #selfie #backtowork #backatit