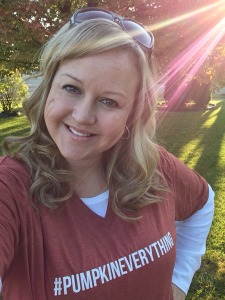 On Sunday I turned 37. There’s lots I could write about.

I could write about how 36 saw love, heartbreak, melanoma, surgeries, a cat, Las Vegas, new friendships, broken friendships, moments closer to God, a few times of anger with God, the passing of my final grandparent… the list goes on and on.

But instead, I’ve decided to write about things, now that I am 37, that I will not apologize for. That sounds harsh, but it’s not meant to be. For my birthday, a good friend from work got me Brene Brown’s book, “Braving the Wilderness- The Quest for True Belonging and the Courage to Stand Alone,” and after just the first chapter I’m already inspired to be myself more and stop trying to please everyone.

Basically, I won’t apologize for being me. This is how God made me, and as a newly 37-year-old, I will not apologize for, or feel bad about, the following:

Proclaiming that I follow Jesus
Sometimes, I do want to apologize for being a Christian. We don’t exactly have the best reputation these days (I’m sure Jesus is thrilled about that), and many Christians are on more of a crusade to preserve their rights than they are to actually lead people to the Lord. But I will never, ever apologize for loving Jesus and talking about it. He is my hope. My strength. All I need.

Drinking Starbucks (especially PSLs)
It’s amazing how society has taken a drink, the pumpkin spice latte, and created a stereotype around the people who drink it. It’s a drink. It’s a coffee shop. It says literally nothing about who I am as a person. I love Starbucks coffee, and pretty much everything else they have to offer. I will not apologize for my taste in coffee.

Being a “cat lady”
I’ve wanted a cat for years. However, I never went through with it because I didn’t want to be that single girl in her 30’s with a cat. As I grew to care less and less what people think, in July I decided to get a cat. Mr. Glitter Sparkles might make me a cat lady, but that little ball of fur brings so much joy to my life! As someone who has struggled with depression and anxiety for as long as I can remember, getting a pet was one of the best choices I have ever made for my mental health.

Dating outside my race
I’ve dated white guys. Black guys. Hispanic. Korean. Ugandan. If I’m interested, he loves the Lord, and we have chemistry, I don’t see why I wouldn’t date outside my race. For years I kept this hidden, or at least didn’t announce it. It’s nothing to be ashamed of, so I will never apologize for dating outside my race. 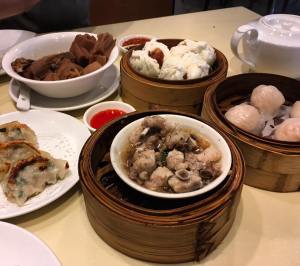 Taking selfies and photos of food
I take selfies because this is my life- me. No husband. No kids. Just me. So sharing my life on social media, it’s going to include selfies. And as far as food, I’ve always taken pictures of my food, even before social media was a thing.

Not wanting biological children
When I was a little girl, I didn’t play with a baby doll and dream of the day I’d have my own baby. Instead, I played “college.” I’d wake up on Saturday mornings, ride my bike around the neighborhood going to “class” with my imaginary college roommate named Jenny. I do not have a desire to have my own biological children, and I never have. This is something I often apologize for, which is crazy. I’m open to marrying someone with children, and I’m very open to adoption. Me not wanting to give birth isn’t something I should have to apologize for.

Having a heart for people who are homeless
I work for a homeless ministry. The people we serve… wow. I can’t even begin to tell you how THEY have changed MY life and how I look at the world. It’s easy to look at a homeless man and think, “Bum. Get a job.” But you don’t know their story. You don’t know their trauma, their mental illness, the reason they can’t just go out and get a job. My heart for those facing a homeless crisis grows every single day.

Having a different world view
This certainly doesn’t make me any better than anyone else, but the fact is, I’ve been a lot of places. I’ve seen a lot of things. I’ve visited third-world countries on two continents. I’ve spent time with young girls who were victims of sex trafficking in Thailand. I’ve met a boy in Uganda who was a victim of child sacrifice but amazingly survived. My world view is going to be different. While stateside Christians are angry about kneeling football players and liberal Hollywood, I’m angry about poverty, sex trafficking, child sacrifice, homelessness. That’s all due to my different world view, and I won’t apologize for it. In all honestly, I should probably speak up about it more.

Blogging the truth
I hold back a lot. I have 38 blog posts I’ve written but not posted because I fear people won’t like what I have to say. Then again, that’s kind of part of being a writer. I was once telling a friend about a blog that a woman from her church writes. She’s a phenomenal writer, and I said I admired her talent. My friend responded, “You’re talented, too. It’s just that her blog is like a warm hug, and your is like a kick in the ass. But readers need both!” My friends are awesome.

I have a feeling that 37 is going to be amazing. Every year I become more and more like the person I desire to be and the person God wants me to be. I will not apologize for that. And I just might do it while drinking Starbucks and taking a selfie.

“I praise you because I am fearfully and wonderfully made…”
Psalm 139:14

5 thoughts on “I will not apologize…”