This morning my Timehop app reminded me that a year ago today was the first time I spit up blood in America, after doing so for ten months in Uganda. I had only been home for about a week.

This continued, sporadically, for days at a time, until January 2015. No amount of blood work, CT scans, X-rays, hospital stays, scopes and other procedures would ever let us know the cause. I guess all that matters is that it stopped. Hopefully for good.

It’s quite terrifying to wake up one morning in a third-world country and spit up blood. To thoroughly exam your mouth for a cut or bleeding gums, and find nothing. To then spit again and see straight blood.  To then see a doctor who says, “Hmm. That’s strange.” As if that wasn’t bad enough, it happened again the next few mornings.

Some mornings I wake up fearing that the blood will be back. And it might be someday. But that doesn’t change the fact that God is on my side and by my side. My fears are quickly erased when I remember that I’m not alone, and that His mercies are new every morning. 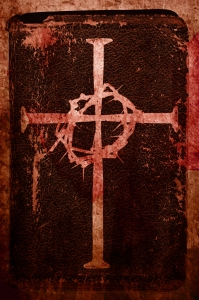 Lately I have been anxious. My feelings about certain things and certain people have really been confusing me lately. I was pondering some of the things that were causing a stir in my heart this afternoon, when I realized I hadn’t read my daily devotion yet. I reached for my cell phone and pulled up today’s verse:

“Patient endurance is what you need now, so that you will continue to do God’s will. Then you will receive all that He has promised.” Hebrews 10:36

Wow. It’s like God handpicked that verse just for me today. Some of the things I’ve been worrying about are things I’ve taken into my own hands that I need to just let God take care of in His time.

This verse tells me to step back and be patient, so I can continue to do what God wants me to do right now. Then, when the time is right, God will give me what He has promised.

I don’t need to be anxious anymore. God’s got it all in His hands, and things will work out exactly as they are supposed to.