Almost three weeks ago I stepped foot on American soil for the first time in nearly a year. My mom and dad were waiting for me in true American style with red, white, and blue flowers, and they were wearing “USA” T-shirts. My experience in Uganda was over, and I was home. 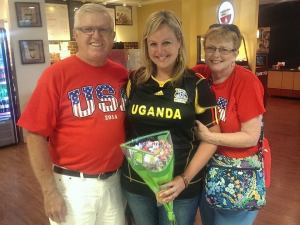 I remember coming back from my first big mission trip to Africa. I spent two weeks in Niger. It was difficult, when I returned, finding the words to describe what that trip was like. Being in a radical Muslim country and sharing the Gospel was something I’ll never forget, but explaining that, explaining what it was like… it was difficult.

A few years later I went on a week-long trip to Nicaragua where we built latrines and did Bible school with children in the village. I also got to meet my sponsor child. I came home from that trip with even fewer words to describe what I had experienced.

In 2013 I made my way back to Africa for almost two weeks. We spent the majority of our time at Lifesong for Orphans Zambia. Those children, those faces, and their voices will forever be engraved on my heart. Still, when I came back to the US, I wasn’t sure how to put those experiences into words. I even wrote a blog post about it then.

Now, after living in Uganda for almost a year, I’m asked the same basic question, but with a different location.

I’m running out of adjectives.

Before I came home I had this fear that no one would want to know details about my time in Uganda, and there are still plenty of people who don’t care, but it’s kind of ironic that so many people have asked about it, and I have literally nothing to say but a few flowery adjectives.

I had difficulties summarizing a week or two across the globe, how in the world do I summarize an entire year?

My dad asked me the other day why I hadn’t blogged since I’ve been home. My honest answer was, “Because I don’t know what to say.”

And I still don’t know.

I’m not sure I’ll ever know. 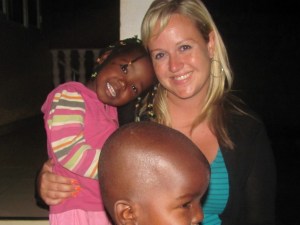 My emotions are so mixed right now. I was told to take plenty of time to reflect on my time in Uganda, take time to rest and recuperate. I was told to take at least a month to really let things sink in and to process all I had experienced. However, since I’m unemployed, I couldn’t turn down a summer job at my old place of employment. I started a week after I got back. So much for relaxing and reflecting. So much for processing. A part of me feels like I’ve been forced to put processing my entire experience on the back burner, kind of like, “I’ll get to it later.”

What I do know right now is that I’m running out of adjectives to use to describe my time in Uganda. There’s just so much to say that I really don’t know where to start. So forgive me if you run into me and ask, “How was Uganda?” and my response is just a few descriptive words and I leave it at that.

I am so thankful for the support of my family and friends, whether it was financially, prayerfully or both. I am beyond blessed to know so many people who have taken an interest in what God is doing in Uganda. I pray that if you have any specific questions, even if they sound silly, that you will ask me! I am more than happy to share about any and every experience I had in Uganda. It’s just a little difficult to wrap it all up in one response to the question, “How was Uganda?”

A friend of mine, who also does some mission work, said something the other day that I could totally identify with. Someone had emailed her and said, “You’re such an inspiration! I wish all young women were like you.” My friend said to me, “It was nice, but sometimes I don’t know what to say to that. I wish people knew how imperfect I actually am.”

I know how she feels. And there’s a message that needs to be spread – NO Christian, no matter how many good things they do or say, is without sin. Myself included. DEFINITELY myself included.

My pastor is doing a series right now called Jesus + Nothing = Everything. You need Jesus. That’s it.

God loves all His children the same. I never ever want to give the impression

that I do mission trips, go to church, read the Bible, hang crosses on my walls, etc. etc. . because I’m seeking out a higher level of love from God. It’s not possible. He couldn’t love me any more than He already does.

He doesn’t love me more now than before I went to Nicaragua in 2011.

When I go to Zambia in June, He won’t love me any more than He does at this very moment.

So why do I do it? I do it because God has given me the heart and the desire to do so. I don’t get an extra car in heaven because I’ve done international mission work. What I get is the satisfaction of serving my King, I do it because I WANT to do it. Not because I feel like I HAVE to do it in order for God to approve of me.

You don’t have to add anything to Jesus to make Him real or to make Him love you. You have everything you need, just by having Jesus. That’s all He requires- is that you believe and accept Him into your heart.