If you had asked me a few years ago what my biggest fear was, I probably would have said, “My parents dying.” Which, if you think about it, is a dreadful “biggest fear” to have considering it will inevitably happen. My biggest fear will come true. My parents WILL die.

While it’s clearly still nothing I look forward to, my views on my parents dying, or anyone close to me for that matter, have drastically changed.

I would guess that I’ve been to about the average number of funerals in my 35 years of life so far. I’ve buried three grandparents and been to the funerals of plenty of family friends. 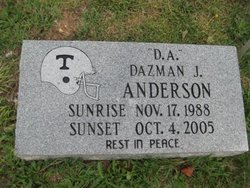 I’ve experienced two funerals that came from tragic deaths. One was that of a 16-year-old I knew who was shot, simply for defending his sister in an argument. The other was for my 23-year-old cousin Rebekah, whose wedding we had all attended a mere nine months earlier. The same family and friends who celebrated her nuptials gathered in the exact same church to say our unexpected final goodbyes.

There’s no question that death brings pain. We’ll miss the person.  We want more time with them. The list goes on and on. Death sucks. It’s difficult for those of us left behind.

And the number one thing “they” say you aren’t supposed to say to someone after a death is, “He/She is in a better place.” Although true if the person was a Christ follower, it doesn’t seem to soften the blow of the death of a loved one. It’s like trying to put a positive spin on someone’s death.

About a month ago I started a new job as the marketing director for a local nonprofit that serves the homeless by providing them food, shelter, and long-term programming. I had been a volunteer there for almost two years prior to that, and there were a number of residents I grew to love. One of them was Cortez.

Cortez was a total sweetheart. He often sat at the front desk and greeted me when I came in to serve breakfast each week. He would tell me about his latest job, and he always asked how I was doing, and always, always greeted me by name.

After an outstanding first day at my new job, late that night I received an email that Cortez had died. I didn’t know how to react. The next day at work people were visibly shaken and upset. I felt the same, but didn’t want to show it too much considering these people knew him on such a deeper level and saw him every single day for years. But on the inside, I was hurting so much.

That same day we had an all-staff meeting with a previously scheduled speaker who was a local pastor. He said many wonderful things to us as we mourned Cortez’s death. He told us that it’s OK to miss him, it’s OK to cry. And he never said, “Cortez is in in a better place,” but he did say this:

“If you for one second think that you are in a better place right now than Cortez, you’ve got it all wrong. He is the one who should feel sorry for us. Things couldn’t be better for Cortez right now.”

It will sting, it will hurt, it will make me miss them like crazy, but when my parents die, they will be so much better off than I will be. They’ll be in a place without ANY pain and suffering. It’s impossible for us to imagine, but if you’re a Christ follower, you know it’s true.

This weekend we celebrate Easter, the resurrection of Christ after He died on the cross for our sins. This is exactly why we don’t have to fear death. We don’t have to question what happens after our time on earth is over. As Christians, we know that this life is nothing compared to what it will be like in heaven with Jesus.

Please keep it in the back of your mind that when a fellow believer passes on, do not be sad for that person. Don’t for one second think that you’ve got it better than they do.

“For God so loved the world that He gave His one and only Son,
that whoever believes in Him should not perish, but have eternal life.”
John 3:16