I had a dream I moved to Africa, my life was a different story.
I helped orphans, the poor, and refugees, I always gave God the glory. 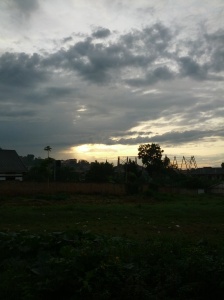 I lived in a hut in a village. I wore long skirts that never showed my knees.
Never went to a mall or swimming, Entertainment was under the trees.

The locals often thanked me, God used me to do His will.
Made sure people got food and water, That every African had his or her fill.

I had a dream I moved to Africa, and then that dream came true.
It was nothing like the dream I had, But God, He always knew.

I literally moved to Africa, God asked me to teach some teens.
I visited malls and swimming pools, Ate more than just rice and beans.

Spent time with all my students, spent less with the orphans  and poor.
God told me this was what He wanted. He said, “Natalie, that’s what you’re here for.”

I accepted His holy mission. There were tears and there was fun.
And before I even realized it, The mission was already done.

My classroom was nearly empty. My bedroom no longer a reflection of me.
The sunrise I saw on Monday, Could be the last one in Africa I ever see.

My bags were packed, goodbyes were said, I was crying as I waited for my plane.
God comforted me, He gave me peace. He said, “We may do this again.”

I had a dream I moved to Africa, a dream made true by God.
African souvenirs all over my parent’s house, It certainly looks rather odd.

It feels like it didn’t happen, almost feels like I was ever even gone.
Or maybe I just went for a week or two, But definitely not for that long.

I had a dream I moved to Africa, God wanted me there, that I can see.
And now that I’m back in America, I’m still exactly where He wants me to be. 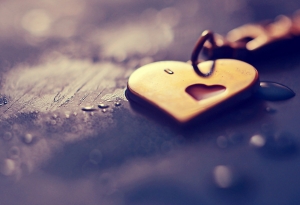 I really wish I remember who I wrote this poem about, but I don’t. So many years ago! So dramatic!

You’re a jerk, I hope you die.
If you do, I won’t cry.
I’ll be strong, I’ll be brave.
I’ll have dances on your grave.
You treat me like a pile of crap.
But I’m the one who needs a slap.
Cuz you are mean, you’ve made me blue.
But through all this, I still love you.